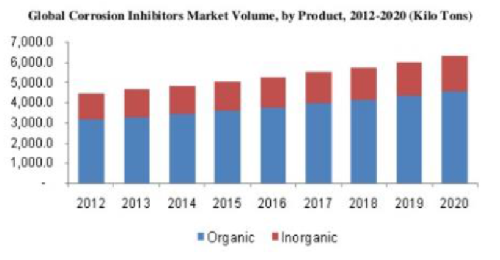 We are pleased to publicly announce the latest acquisition of Cortec® Corporation. Croatian company CortecCros became a wholly owned subsidiary of Cortec Corporation® after the signing of the contract between Crosco, Oil Services Ltd. – daughter company of Ina – one of the biggest oil producers in Central Europe and Cortec® Corporation. Cortec® has previously owned 40 percent of company CorteCros while the share of 60 percent was in the hands of Crosco.

Cortec® Corporation owned by Croatian-American entrepreneur Boris Miksic is one of the leading manufacturers of corrosion protection inhibitors in the world market and sells its products in over 90 countries. Croatian bioplastics plant EcoCortec® also owned by Mr. Miksic has become European center for production of environmentally safe anti-corrosion films. This latest Cortec®’s acquisition is the result of company’s expansion and further strengthening of its strategic position in Europe.

Company’s central European point for manufacturing and distribution is now located in Croatia from where the products are exported worldwide. CorteCros will be fully incorporated into the new Cortec’s business strategy with its resources such as Zagreb office and distribution center in coastal town of Split, Croatia. Company’s products will be controlled by the new laboratory capacity whose construction is planned in the near future. Split will be the main European location for storage of Cortec products as well as products of Cortec’s daughter company Bionetix International, which specializes in environmental biotechnology.

CorteCros has been operating successfully for years by selling corrosion protection products on the European market. The company has won four Croatian “Gold Kuna” awards for successful business. Their rich experience will further strengthen Cortec’s position in Europe and accelerate company’s objective of further increasing market share. CorteCros will provide technical support for Cortec’s products and services, particularly in industries such as military and oil industries in which this company has extensive experience.

Cortec® Corporation is currently one of the fastest growing manufacturers of corrosion inhibitors in the world while many competitive companies are losing jobs due to environmental issues. According to the latest data from Fredonia Group, the world’s leading market research company, global demand for corrosion inhibitors will reach $7 billion. Organic corrosion inhibitor (including VpCI’s) demand will account for nearly one-third of the market on a volume basis and one-half on basis of selling price by year 2020. Cortec® was listed in the analyses among most elite inhibitor manufacturers in the world and it is the only one dedicated to research, development and global marketing.

While Cortec’s CEO Boris Miksic is thrilled to see his business grow on a global scale, he is especially eager to involve his homeland Croatia as much as possible: “this acquisition is an excellent opportunity for Croatia to strategically position itself as the center of Europe for environmental technology of corrosion protection and grab a piece of pie on the fast-growing market of corrosion inhibitors. With the launch of EcoCortec® plant which has just celebrated 10 years of successful business I directed Croatia towards innovative solutions whose demand in the world is rapidly growing. Now with having CorteCros as part of our Cortec family I want to strengthen cooperation with my homeland even more. My goal is to brand Croatia as a central point for new technologies in this part of the world!” said Mr. Miksic.